What are Online Poker Loyalty Programs?

For a long time, most of the online poker rooms have had loyalty programs of one sort or another, The now defunct UltimateBet had UltimatePoints which were earned from every tournament entry and every raked ring game hand. FullTilt had Full Tilt Points, PokerStars had Frequent Player Points and so on. You could use the loyalty program points you earned to buy merchandise and sometimes to play in special tournaments and that was about the extent of the loyalty program.

To a point this worked fine. As you played more poker online (maybe a lot more poker) you would earn lots of points and eventually qualify for some pretty decent items that you could purchase with your points. Several years ago I had over 20 UltimateBet polo shirts purchased with UltimatePoints in my closet. Of course UltimateBet no longer exists, but I still think they had the best polo shirt of any frequent player program.

In recent years, due to competition between cardroom for poker player's attentions, the loyalty programs have been beefed up quite a bit. The first cardroom to do a major overhaul of their program was PokerStars which introduced the concept of different tiers of loyalty program rewards which required you to earn a certain number of points each month to maintain. 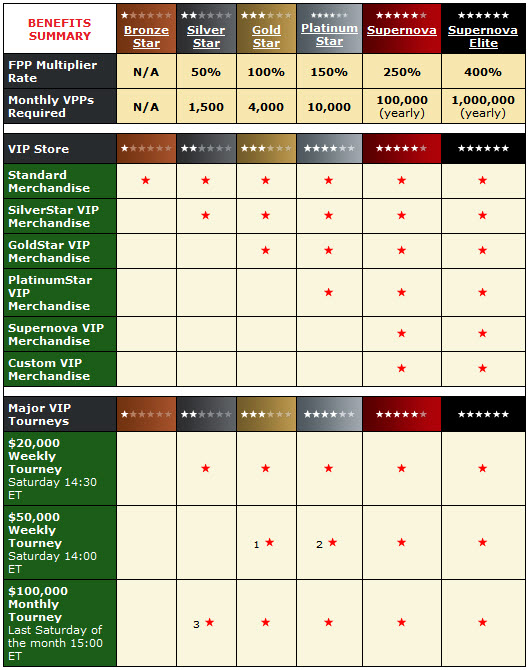