For people who multi-table a lot at PokerStars they like to know how many tables they have open so that they can keep the maximum number active at all times. In Windows Vista and XP it would tell you how many windows you have stacked which would indirectly give you the number of tables you had open but in Windows 7 they no longer display that number. 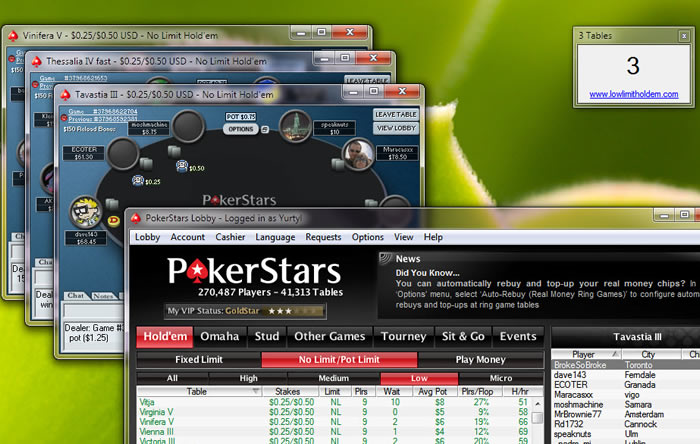 You can put the exe file wherever you want to run the program (written in Visual Basic .NET). Running the EXE will cause a small window to appear that shows the number of Texas Hold'em tables you have open in Pokerstars.

PSTables will detect both Pokerstars and Full Tilt Hold'em tables.

This program is free and hopefully will help out some Pokerstars & Full Tilt grinders.

On Windows 7 the number of tables is also displayed on the taskbar and you can click the taskbar icon to hide/show the window that appears on your desktop.