The Secret of all Guaranteed No-Lose Betting Systems

Imagine if you could win every game of chance you played.

That every roll of the dice, every spin of the reels, every card played would see you victorious.

Obviously, you can’t win every game you play. There’s just no way to beat probability – and if there was, casinos would soon stop hosting that ‘game’.

But there are people out there who claim they’ve found a way to beat the casino, that they have a system of casino betting that’ll win every time and changes a negative expectation into a positive one.

While each system will use different mechanics, there’s one unifying feature that each of them shares. To give you an example of this, let’s look at one of the major systems out there that’s recently made headlines.

Recently, Balvinder Sambhi made headlines when he was allegedly banned from two casino chains based on the success of his roulette system. The two casinos in question, Grosvenor and Rainbow, have declined to comment on the ban.

Sambhi claimed that the reason for his ban is simply that he’s won too much and the casinos don’t like that. In his own words “They don’t want winners in their premises – just losers”, which is why he says he was banned.

Mr. Sambhi has since revealed his system so that other gamblers can benefit from what he claims is a no-lose system. 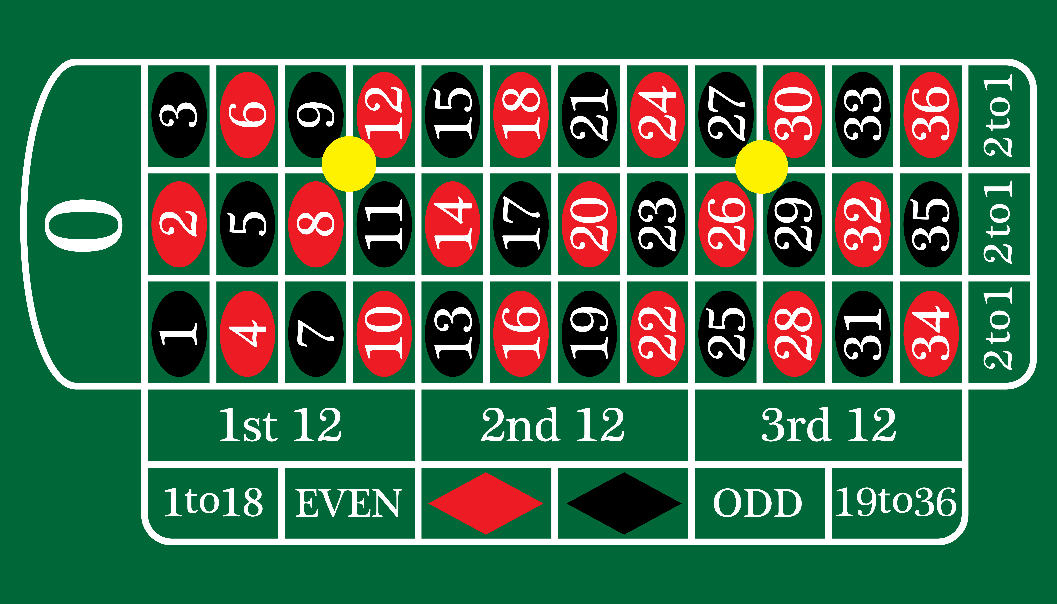 The system is fairly simple and seems mathematically sound. After all, waiting for 12 spins where the numbers don’t appear should raise the probability that they land afterwards shouldn’t it?

A look at the reviews of the system paints a different story. It seems that just about anyone who’s used it has consistently lost when they put it into practice. But why is that? The answer’s fairly simple, the ‘no-lose’ system doesn’t exist.

The Secret to every Betting System

There is one flaw that applies to every single betting system.

To put it simply, the Gambler’s Fallacy is a logical mistake that people are pre-disposed to making. It’s the idea that previous events will have an effect on future ones. The most common way to explain this is with the analogy of a coin toss – when you flip a coin, the odds of it landing on heads or tails is 50:50.

If you’re betting on a coin toss, and the coin has been flipped 40 times in a row and landed on heads every single time, what do you bet on next? After landing on heads 40 times, it feels like the next should be tails as it’s ‘over-due’, but this is a false conclusion.

Every time you flip the coin, the chance of it landing on heads or tails is still 50:50.

This was perfectly exemplified in Monte Carlo in 1913 when a roulette wheel landed on black 26 times and gamblers lost millions in francs as they consistently bet on red, believing it was overdue. This fallacy is likely to be a by-product of our brain’s tendency towards pattern recognition and an attempt to rationalise a random chain of events as a sequential one.

Sambhi’s system waits for 12 spins on the assumption that the ball not landing on any of the eight spots for that long, will increase the probability that it afterwards. A classic example of the Gambler’s Fallacy. But it also plans for what to do if the ball doesn’t immediately land on one of the winning spots. You double your stake every time you lose for the next 28 spins until you eventually win.

So even if you lose the first three spins, if you win on the fourth, any losses you’ve accrued will be wiped out by the new bet!

This method of doubling losing bets is called the Martingale System and is a common addition to any no-lose system. While it sounds like a perfect way to offset losses, the problem is that the Martingale is still a victim of the Gambler’s Fallacy. Just like the time in Monaco, you could easily see the same result 26 times in a row. The only way for a Martingale system to 100% guarantee you’ll win your money back is if you have an infinite bankroll to bet with and can afford to keep doubling.

Looking again at Sambhi’s system, knowing this, you can start to see the problem with it. While it may serve you well if you get lucky, that’s all it can be. Luck.

Do you think you have a system that YOU think is completely fool-proof? Let us hear about it in the comments below!